Showing posts from April, 2012
Show All

April 29, 2012
Napping in the afternoon on a Sunday is not the wisest of moves, in a fit of rebellion by body demands that I must stay up later to compensate. Sitting here, having watched some witty panel show comedy and a repeat of Top Gear, so two comedy shows in total. My thoughts, unintellectual they may seem, wander to the notion of blogging.

As those from history keep their journals and diaries, logging their daily thoughts, have I in my own way fallen into the same repetition of time immemorial. Unlike Pepys or his notable peers I am able to broadcast my musings to a larger audience at a click of an icon.

When the old journal writer did not like their work, they may have crossed it out or left it unattended, now one can edit on the fly any article liked or disliked alike. Better still, add more according to any personal whim that may occur.

Having added a couple of themed blogs, this (teraknor) still remains the most visited, but the two others, both linked to my twitter entities. Notable at…
Post a comment
Read more

April 27, 2012
Did some basic math today, since launching T155 Linux : an introduction in 2010, in only five presentations of our module, we have enjoyed 2000+ students. Whilst there are many @openuniversity modules attracting more students, and also many more attracting less. What still encourages me is the fact that during the approvals process, we were informed that there was no market for this type of module, as no one was doing it.

Well, now there is a notion.

At the moment, another 300+ has joined us, for their journey into the world of Linux. I wont make any boasts about the experience, we get a large number of students complete and in my biased opinion this module works.

Come October 2012, we will see the last presentation of this module, it was approved for six, as part of the normal academic process for 'exploratory modules'. But panic not, this is not the end, instead the start of a new opportunity.

April 25, 2012
Do you believe in the existence of mystical folk that live at the bottom of your garden. From the sight of some of the questions I get, I would rate the existence of the 'little people' as more likely than the liklihood of some teachers knowing their rear end from their elbows.

A couple of queries this week, are forehead+palm slappingly painful, one centre needed to be told what multimedia was, the fearful part was the fact that the enquirer was the head of department. Another, when the content clearly says that the student must upload their website to a server. Asks, if the student should do this, after all they cannot seem to seem to find anything explaining this in a text book.

Impressively I refrained from sharing my sarcasm, that I am sure may be suited for another time.

April 24, 2012
Bumped into a ex-student today, he was not immediately recognizable, partly the full beard, partly the fact that my recollection of him was as a 16-18 year old.

It was good to briefly catch up, hear how he is doing in the industry and recall some amusing anecdotes. I do miss the face to face teaching side, yet equally I love the job I now have. What was reassuring, was the fact that twelve years ago, I helped inject some knowledge and understanding of hardware support and networking into the youth. Now to see a man enjoying the first quarter of their career.

I would never encourage anyone to take up teaching, but if you do, you may be fortunate enough to see the result of your labour.
Post a comment
Read more

April 20, 2012
--> Teachers can be amusing creatures, especially those indoctrinated into the performance based culture.
Having become an educator by default, not electing or selecting my profession, more taking an opportunity. I discovered more by accident that I wasn’t too bad at the messing with collective minds of quite a diverse range of ages and abilities.
So, in some ways this makes me both an ardent critic and advocate of education, not having the induction of many of my peers but at the same time becoming an enthusiastic participant.
Now, with sixteen years experience and having spent quite some time messing with minds at a national and an occasional international level. You get to see, hear and observe by inference some interesting attitudes when it comes to performance.
You could almost classify them, if I were to name them, which I will, they would be …. The imperialistThe maverickThe battle scarredThe shit scared The cant be arsed
Of all, I dislike most is the imperialist, mainly a…
Post a comment
Read more 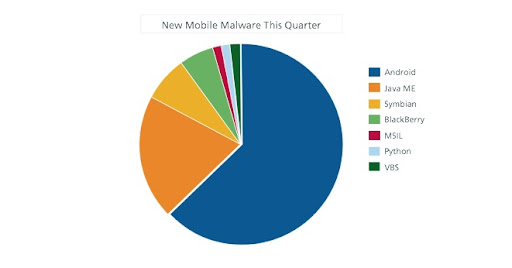 Ok, the data in this picture is a little dated, it was from August 2011, it serves to prove a point.

Currently, it is widely reported that an android device can be hit with between 12,000 to 28,000 different malware vulnerabilities.

There are many fans of Android, in principle I am one as well, except, whilst i like the founding principles upon which the operating system is based. I am all too aware of the opportunist nature of malware creators.

The real issue is that there is far too many 'android stores' out there that do not check the software, therefore the quality assurance processes are non existent.

Now, Apple, their desire for a percentage and a walled garden does work. If you are really clever (and you must work hard here) you can dupe them into accepting apps with dodgy code, but this takes considerable effort and guile.

Such is the effort, it has only been noted on a couple of occasions when cyber defence eva…
Post a comment
Read more

April 16, 2012
In a canned cattle moment, I had four souls from a centre ask to become members of my public wiki. In a fit of mythical lemming behavior, one after the other clicked on the link to join. In spite of the fact that my wiki has a two clear notices stating that its public read only.
The reason I use a wiki, in this mode, is simply to have a site that I can edit, very quickly and ensure that the information is available to all. Instead of sending email updates, recurring documents etc, one can reduce the noise on the net and provide a repository of information.
Yet, as soon as one of these souls wanted in, within an hour, other requests were coming in from the same centre.
Did any of them read, or did they simply panic, did not want to miss out and want in on something they could already have.
Some centres do amuse me …
Post a comment
Read more

A question on Packet Tracer Multiuser?

April 14, 2012
As part of ongoing research into simulation, we will be asking a large population of students their views on simulation.

Keen to avoid tainting the survey, it is not prudent to share the questions or the methodology yet, needless to say it has passed ethics clearance.

But has a large community, you all have a valid viewpoint, and in the long term with permission we may yet get to work together.

So, a really short survey, please add your responses to the poll top left (yes on this page on the blog).

Have you every used packet tracer multiuser (yes/no), and if so, can you add in your comments on this blog 'how and when'.

Thank you for your help.

April 12, 2012
It must get bad in some educational establishments, especially so when they have to call in a senior verifier to settle disputes between two members of the same team. Between thyself and them are many other layers that could have settled what was 'a really minor issue'. One entirely reasonable for the assessor and internal verifier to negotiate between themselves, without getting the awarding body involved.

Instead, their intransigence has undermined trust in their own leadership, why did they not intervene and make a decision?

The victims in this power play as always are the students; I wonder what guff they have been told.
Post a comment
Read more

Sharp practice in the world of apprenticeships ...

April 03, 2012
Some readers of this blog may recall an article not so long ago, about our own apprentice (our Son) in 'our apprentice'. What we did not share is the journey in getting to this fantastic gilt edged apprenticeship.

BBC Panorama lists some sharp practices in the world of apprentices, sadly nothing in this report presents any surprises and here is an excellent example of good journalisim that did not have the time to explore the entire murky world in its 29 minute slot.

For our Son, his current apprenticeship was not his first, having being picked up by what seemed to be a respectable employer after he left College.

As a 'sub-contractor' at a local golf club, our son's employer promised a full apprenticeship, with one day a week with a local college. He was taken on in July and by October the apprenticeship had collapsed, where as very concerned parents, we asked him to leave (by which time he was more than willing).

April 02, 2012
Here is something to think about, to become a watcher of the watchers, do you have to be a better follower of the rules. Or, have an ability to transcend the rules and know which ones are important and which ones are worth .... ignoring.
Post a comment
Read more
More posts